With another week of hot weather behind us, we can see immediate consequences in agriculture with farmers in Italy having lost around 80% of their harvest. Other reports for the drought in the USA state that in key agricultural producer Iowa, USA corn and soybean farming conditions are at critical condition, with more moisture needed during the next weeks, and this is one of many similar cases in the world. Russia and Ukraine’s tense situation, mixed with other global concerns, are all components that are leading factors to worsening the current shortages of food and energy.

One solution to fight against the negative impacts of climate change offered by President Joe Biden is to sign the bill aimed to reduce greenhouse gas emissions. Solar panels and heat pump heaters could show never additional benefits – new data from the First Street Foundation shows that more than 100 million Americans will suffer more frequent and longer-lasting extreme temperatures over the next 30 years. The nonprofit organization has developed a way to easily find out what are risks of extreme heat in an area entered into the system. This solution could become a useful tool in agriculture in the near future.

Sources report that millions of people are at risk of starvation as war combines with financial and climate-related shocks. Even if Ukraine and Russia fully utilize their export capacities, actions of the nations stay unpredictable. A shortage of basic food ingredients could cause chaos in commodity markets and lead to a renewed rise in prices, which will hit the poorest populations of the poorest nations the hardest.

Surprisingly, we see a visible commotion in the feed sector. Weather conditions have affected the quality of grass and the total amount of pasteur supply for free-range animals. Grasses are burned up in many areas. Silage quantities greatly reduced. This has forced farmers to nutrient with supplementary feeds and even begin using materials purchased for winter. Hay that would normally be put up for later in the year is being fed to livestock now, affecting end costs to cattle/dairy producers. Harvesting of animals in beef, swine, and poultry sectors has been frequent due to high feed costs, this will lead to lower meat costs in the near term, but much higher in the longer term.

In this issue, we’ll take a closer look at future projections, conditions of crops, and estimated prices for wheat, potato, and corn products.

Stay up-to-date with our newsletter.

Potato Protein producers are claiming that soon the prices could reach much higher rates than what the industry experienced last quarter. What this means is that the high energy prices, which affect all market participants, from producers to buyers. When it comes to the size and condition of the new crop, we remain unsure, although some suggest Dutch and Danish potato crop is mostly in good condition. But overall, we could see a significantly lower supply of the commodity in the longer period of time. The cost of energy will force manufacturers to mostly only be allowed short-term contracts. Prices estimated for protein of the new potato crops will be oscillating around 2600 EUR/MT, according to some forecasters. Potato Crop production is likely to be 30-40% smaller than last year, for both Starch and Protein production. Less volume available means higher prices for Fall and Winter.

It’s still hard to find Vital Wheat Gluten on the market, and the struggle continues. Although the ships carrying wheat from Ukraine are now, in theory, free of the blockade in the Black Sea. Their main destination is the Middle East, so this will not be able to directly affect the European wheat market, but is definitely going to help with the global food shortage. In terms of weather conditions, the lack of rain caused wheat crops not able to grow at their full capacity, as there was not enough moisture needed at this critical stage.

For wheat starch, there is still less available due to increased energy prices, uncertainty about crop outcomes, and lower protein content in the product due to lack of fertilizer. This also applies to modified products that are obtained from native starch. It all resulted in the increase in prices (some producers suggested a rise of a high 15%). Demand is said to be swung towards textured products, used in the production of meat alternatives. This market has been slightly more quiet after the pandemic, but now is back on track, making it even harder for bakeries to obtain required volumes of Vital Wheat Gluten. Some manufacturers have a forecast 2023 quotes for around 3300-4000 EUR/MT.

Prices have slightly eased compared to previous weeks, and the market remains quiet due to the summer vacation period, but the rush should begin in September when the major producers are planning the last quarter for this year.

The demand for food grade Dextrose, end-user movement in the market has slowed down, and therefore it can be considered stable. Feed grade demand has weakened, but is expected to increase by the end of Q3.

Even though weather conditions have also significantly affected the corn market, the situation does not worry market participants all that much, since corn can grow in various conditions.
Serbian Corn in poor shape, likely affecting ability to produce volumes of CGM this Fall. Although the shortages of the maize commodity can surely influence aquafeed producers.

Weather forecasts for this week suggest rain in the western areas of the U.S. that could increase crop outlooks with soybean in particular. As for Europe, some producers claim that the price of soybean meal in Ukraine is starting to boost.

What else? 26th Edition of Foodcom ADDITIVES Newsletter

What else? 164th Edition of Foodcom DAIRY Newsletter

What else? 28th Edition of Foodcom PLANT-BASED Newsletter

Summary of the week 27 (dairy) 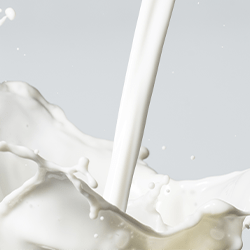