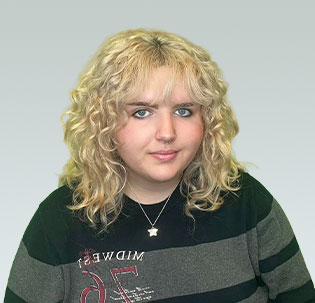 Read our report on the EU dairy trade in the whole year of 2021. Take a look at the decreasing exports of butter and the effects of the climbing inflation. Learn about the bizarre dairy fat import trends, main destinations of cheese exports and the trade between Poland and Ukraine. Also discover who are the largest importers of WMP.


With the beginning of 2021, low export trends continued for the first eight weeks of the new year, and were significantly lower than what was observed in 2020. Sales increased majorly in the month of March, comparing to the first two months of the new year, but gradually decreased again, and continued to be balanced for the rest of 2021. In November, there was a noticeable escalation, in comparison to the stable months prior, but in December sales weakened again, which was similar to what we saw in the preceding year. It is crucial to remember the increased sales from March through June we saw in 2020, that were much greater than any number of exports in 2021. This mere performance mainly contributed to the statistic of exports being 10% lower than in 2020.

Between January and December 2021 the EU exported 181 062 tonnes of butter to third countries. The main destination of butter exports was the United States of America, with over 40 thousand tonnes purchased from the European Union. To highlight, 75% of butter bought by the USA was of Irish origin, which is definitely a leading statistic in the global dairy trade. Further, evident is the behavior with the Asian market, where China imported 16k tonnes of butter. This is a 12% upturn compared to the previous year. When it comes to other notable demographics concerning Asian countries, South Korea increased its EU imports of this product by almost 40%. The vast majority of the butter there was of French origin. On the other hand, we saw a decrease in exports to the Middle-East, especially Saudi Arabia, with a drop of 47%.

Import trends were similar to the ones we saw with exports in the same months, as they both continued in lower quantities in the first weeks. Although these numbers grew rapidly between May and June, we note a colossal drop in July. In the month of August, another powerful escalation was eminent, but sales dropped yet again. There was no such instability in 2020, and imports of butter from outside the EU remained small, but consistent. These significant ups and downs we see on graphs may be due to the generally small number of countries in the European Union who import this product. Still, the relationship of EU’s butter imports from Iceland could be interesting to observe.

We see continuing and stable surges in imports of this product from there, along with others, like the United States, New Zealand and Ukraine. Overall, there had been an increase of 172% in imports of butter to the EU in 2021, this was also due to imports being much lower in 2020.


In 2021, the European Union exported almost 1 million tons of cheeses out of its territory. Export demographics present comparable trends, with few omissions. Broadly, there appears to be a gradual and stable increase in exports of this product when looking at past years.

Japan and the United States are prevalent destinations for cheese produced in the EU, where the US in fact experienced a 10% decrease in imports of European cheese between 2019 and 2020. But these numbers sprung back up last year, and the US bought 10% of all the cheese produced in the EU, which is essential to mention. Main origins of the products transported there are from Italy (37 409 tonnes), France with 21 304, and the Netherlands who sold 17 7141 tonnes of cheese to the United States. Poland, on the other hand, was a crucial partner for Ukrainians, as 50% of cheese products in Ukraine were imported from the aforementioned western neighbor. Switzerland, likewise, imported from their biggest neighbors – 84% of their imported cheeses from EU countries were from Italy (24 667 tonnes), Germany (23 257 tonnes), and France (13 716 tonnes). Furthermore, countries of the Western Asia, like Japan or South Korea, purchased mostly from the Netherlands.

What’s more to global trades, is that the quantities of cheese imported to countries of the European Union have remained in very similar trends, especially in the middle of the year. Cheese of Swiss origin is definitely in the lead, as this dairy product transported to the EU is almost 90% of all. Last year we saw a 9% increase, to compare – in the year prior it was a growth of only 1%. For cheese, the EU, and Iceland relationship is interesting to point out, due to the noble 177% upturn in imports. To sum up, there was a raise in exports from the beginning of 2021, which was not present in the previous year, although this trend settled by September.


When looking at statistics, we see skimmed milk powder sales out of the EU stable for both this and last year. Though, when looking at data for a longer period, like demographics beginning in 2014 – we see no constant. Compared to number of exported goods in 2020 to 2021, we only see a 4% decline. This was because of the irregular, sharp surge that was experienced in July 2020. Overall though, total third countries exports stay stable, differentiating in couples of thousands of tonnes every year, but since these exports are in such great quantities, percentages stay unalarming.

This dairy product was imported to third country destinations from France, Belgium, and Germany. This top three takes up more than half of all EU’s SMP production sold outside the organized nations. Still, the milk powder from France was the most purchased product from the EU. It was exported to China and Algeria, along with Indonesia, Yemen and Egypt in larger quantities. Primarily, the main destination for this milk powder was China, which purchased almost 20% of all EU’s SMP export. Skimmed milk powder for the Chinese market originated from various regions, but Finland and France came as the more relevant. This destination remains in the lead for importing SMP and has been the main buyer for a few years. It is interesting to note that Algeria imported almost 43% of their powdered skimmed milk from Poland, 39 200 tonnes to be exact, which was more than half of Polish SMP export outside the European Union. The Algerian market did, in fact, experience a decrease of 24% in purchases from the EU when comparing this year’s statistics to ones from the year prior.

Other countries that increased their purchase of skimmed milk powder from the European Union were: Indonesia with a 43% increase, and the Philippines, adding that they purchased greatly from Belgium. Thailand also imported 17% more SMP from the EU in 2021 than in the year prior – purchasing similar amounts from countries well-known for the production of SMP.

Generally speaking, most regions remain balanced, and similar to what we saw in 2021, except for the UK who has reduced imports by almost two times, considering their decision to leave the European Union.

Export trends for WMP have been very similar to last year’s, though differentiating in lower quantities by approximately 5 000 tonnes. In 2020, beginning in March up to July, the EU experienced increases in buyers, reaching almost 40 000 tonnes, but exports fell back to average. The said firstly high trend, though, reasons the 11 percent downturn in the overall for this year for abroad exports of whole milk powder. The trade of this product could be called generally unstable, provided the statistics from 2014.

Regarding destinations of EU’s full cream milk powder, Oman is still a crucial importer. Statistics show that when comparing 2019 exports to 2020, sales to this country grew by 18%, yet in 2021 we see a decrease by that same percentage. Algeria in 2020 multiplied their import of EU WMP more than twice, but this year once again was reduced by 57%. We notice strong interchanges in yearly sales of WMP.

FCMP of Dutch origin is a recurring product on the global market, as statistics prove that this milk powder takes up 34% of global exports out of the European Union. The key country for the WMP import/export relation of the Netherlands was Nigeria, though Middle-Eastern port destinations, along with China, are also necessary to acknowledge. Scandinavian countries such as Denmark and Sweden were main sources for this milk powder globally speaking, and something significant to underline that the Swedish transported 95% of all their produced WMP in 2019 to Oman. This country was a definitely dominant destination for WMP exports overall. In 2021, 39 118 tonnes were sold there by the EU, though experiencing a decrease of 18%, having purchased almost 48 thousand tonnes in the previous year, now 9 thousand less. We can claim the conclusion that there was a general drop in exports to African countries, since the fall in the disclosed before Oman and Algeria, yet also Ivory Coast.

What else? 28th Edition of Foodcom PLANT-BASED Newsletter

What else? 163rd Edition of Foodcom DAIRY Newsletter