The Dairy Market of Asian Countries

The dairy market of Asian countries is one of the biggest in the World. This can be partially attributed to a large local consumer base, but also to the rapidly growing population and westernization of their diet. It all sums up to the fact that the Asia-Pacific Dairy Products & Eggs market is projected to grow at a CAGR of 5.4% during the forecast period 2020-2025. Most revenue is and will be generated in China. The most popular and highest consumed dairy product in this region is liquid milk, however other concepts are also gaining attention.

The Asia-Pacific Dairy Market is very fragmented. A large number of domestic and multinational players competing for market share facilitate export for European dairy products. Chinese, Indian and Japanese players are considered the most significant companies in this sector. Some of the major ones are Gujarat Cooperative Milk Marketing Federation Ltd. (GCMMF), Yili Group, Yakult Honsha Co., Mother Dairy Fruit & Vegetable Pvt. Ltd., Yakult Honsha Co., Ltd. among others. Even though the quantity of raw material produced in this region is immense, the forecast done by Rabobank shows the combined annual milk deficit of the ASEAN-6 countries to reach almost 19 billion liters (liquid milk equivalent) by 2030. This number is significantly higher than the one estimated for 2020 – 12.9 billion.

Impact of the pandemic

Bearing in mind the current situation connected with the COVID-19 pandemic it is worth paying attention as dairy products consumption might rise even faster. New policies, marketing campaigns attract attention to the products that are considered healthy. The category that will strongly benefit is one of the fermented dairy products. Yogurt and sour milk drinks with probiotic content are available in various flavors which further drives the demand.

Of the countries present in that region, China is the largest market. After some scandals with the quality of infant milk, Chinese customers are paying high attention to the quality of the products. Furthermore, they prefer to purchase goods without additives, and that fuels the sale of fresh milk. Millennial consumers show an increased appetite for higher-value food products.

To ensure a steady flow of imported dairy products Chinese representatives announced import tariff reductions for 850 products (including whey and cheese products), effective January 2020, as the annual milk deficit is predicted to reach 15 billion liters in 2030 (from an estimated 10.2 billion in 2020).

In India, consumption of dairy products is culturally deep-rooted and the market will see a steady, continuous growth that is predicted to be higher than in other countries in this region. It will be driven further up by the growing population, increasing income, and urbanization. The current pandemic situation requiring even higher sanitary regime will most likely enforce even higher expansion of packaged, branded dairy products.

In Japan, traditionally dairy consumption was nonexistent. Right now, the country is the biggest importer of European cheese in the period of January-August 2020 with an increase of 13% compared to the previous year. As the country’s self-sufficiency is at a low level of 62%, Japan heavily depends on imports. The government announced tariff-rate quota (TRQ) volumes for dairy products for the country’s 2020 fiscal year (April 2020 – March 2021). It was raised for the natural cheese for processed cheese production from 1 900 tonnes to 48 100 tonnes. It is worth mentioning that for 2017 Japanese retail industry was the third-largest in the world after China and the USA. A third of these sales account for food and beverages.

Also, worth paying attention to are such countries as Vietnam and Indonesia. Their economies are a good mix of demographic and macro-economic factors. Indonesia was the third most popular destination of SMP exports from the EU in 2019 – 70 841 tonnes (an increase of 27% compared to 2018). In this country, the per capita consumption was on a level of 39.2 kg a year in 2020. The market is dominated by four companies PT Frisian Flag (Dutch), Nestlé (Switzerland), PT Ultrajaya (local), and PT Indolakto (local).

In Vietnam, the consumption per capita stands on the level of 24.7 kg in 2020 and the market is supposed to grow at the rate of 6,4% CAGR. The country has an ambitious plan of significantly increasing the supply of milk and The Vietnam Dairy Association predicts growth of 9-10% in 2020 and an increase in consumption of up to 28 liters. This is because self-sufficiency is on the low level of only a third. Biggest dairy Vietnamese company – Vinamilk is heavily investing to double its productivity. As for now, the giant accounts for half of the market supply.

Considering all the above this region of the World will surely play an increasingly important role in the global dairy market. 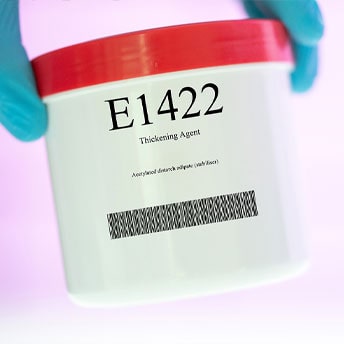